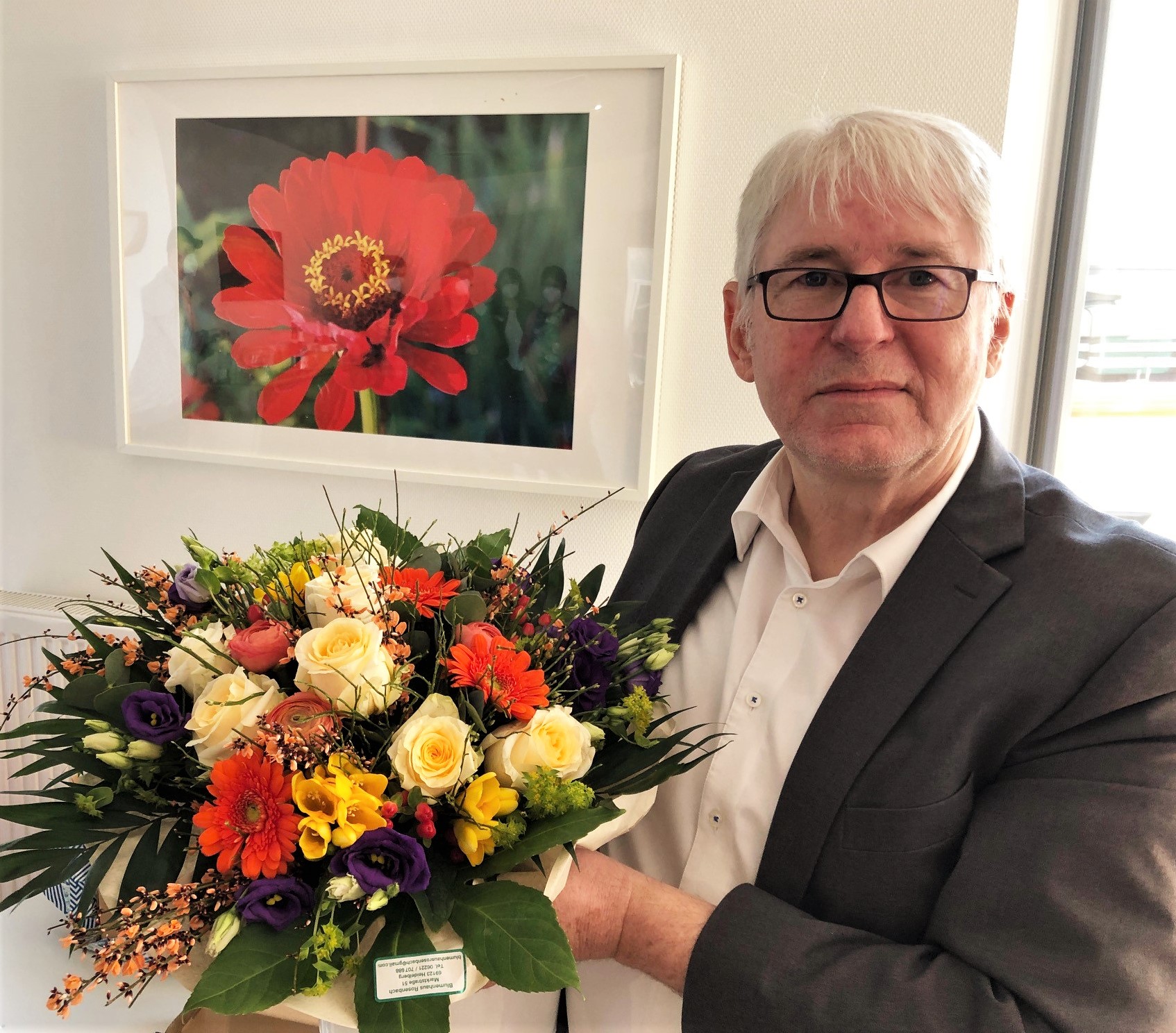 The "chief of nursing" at ASB Mannheim/Rhine-Neckar Region is retiring.

(Mannheim, 29.03.2022) He leaves with one laughing and one crying eye. "I had a good time at ASB," says Wolfgang Weber as he says goodbye. He will miss not only his colleagues, but also his demanding work. Especially in nursing, a lot has happened in recent years. "The challenges have become greater," says Weber. This is also due to demographic developments in Germany, he said. Many people are getting older and will need a place in a nursing home at some point. "It's not easy to recruit qualified staff or even trainees for nursing," explains Wolfgang Weber. As head of social services, he has always been busy in recent years at ASB Mannheim/Rhine-Neckar Region with political issues such as the care reform passed in June 2021. Or also with the generalized training to become a registered nurse, which will be adopted in 2020. "This will significantly upgrade the training profession," says Weber. In general, he says, the nursing profession is much better than its reputation and offers many career opportunities. "We are losing a very competent colleague in Wolfgang Weber," says Joachim Schmid, managing director of ASB Mannheim/Rhine-Neckar Region. "He simply knows everything about nursing," Schmid adds with a smile.

Started at ASB in 1991 and stayed with interruptions

In 1991, Weber, now 64, began his career at ASB Mannheim/Rhine-Neckar Region. Before that, he had completed training as a geriatric nurse at Caritas. At ASB, Weber was initially responsible for the then social station in downtown Mannheim. There he also completed further training as a nursing service manager. After returning to Caritas for four years, he took over management of the ASB Mannheim/Rhine-Neckar Region 's first nursing home in Wiesloch in 2005. From 2008, he was responsible for coordinating the entire care sector. In the meantime, ASB operates five senior citizens' homes as well as a senior citizens' advisory service and offers for outpatient care services, day care and assisted living in Mannheim, Heidelberg and the Rhine-Neckar district. Wolfgang Weber has left his mark on all the facilities.

Big party in Sandhausen for the farewell

The employees of ASB Mannheim/Rhine-Neckar Region will also miss Wolfgang Weber as an always reliable and friendly colleague. Accordingly, many came to the farewell party at the ASB senior citizens' home Domizil am Leimbach in Sandhausen. With bright sunshine and delicious burgers from the food truck "Benjamins Diner" as well as coffee and cake, the celebration took place both inside and outside. In addition to flowers and other personal gifts, the employees collected for a heart's desire: a telescope, because looking at the stars is a hobby of Wolfgang Weber. "You guys are crazy," he commented on the gift, visibly moved.

He is now retiring for good on April 1, 2022. But one never leaves so completely - he will remain with ASB Mannheim/Rhine-Neckar Region as a consultant. "I am also personally very happy about this," says Joachim Schmid, "we will miss his competence, his knowledge and his prudent manner very much and will not be able to replace him any time soon." Fek